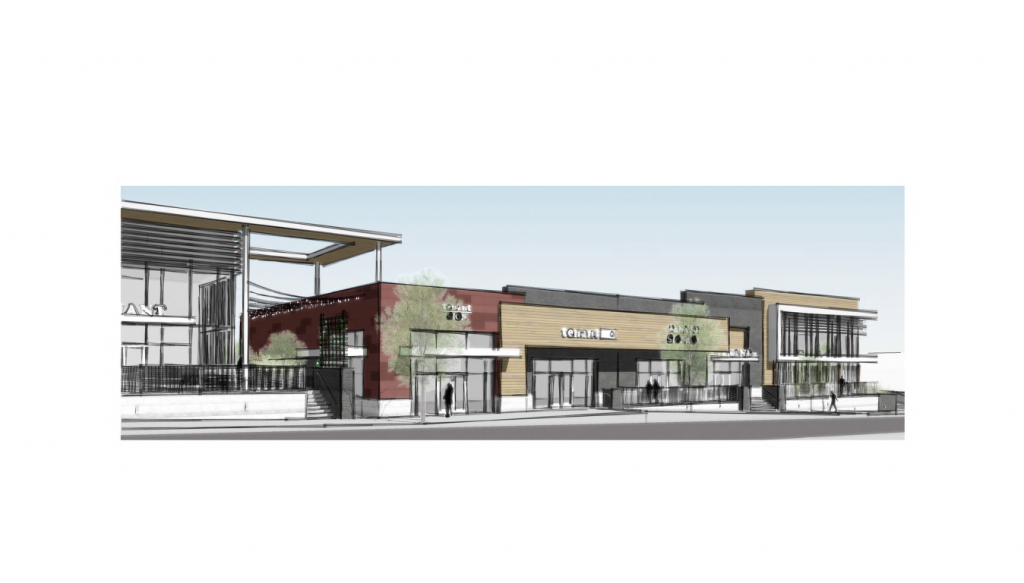 The development team included the property owner, architect, traffic planner, and lawyers, who presented to a room of 40 residents, business, and commercial property owners. Plans for the site are to build two one-story buildings totaling 28,000 sq. ft. used as retail and restaurant space, with accessory surface parking of 59 spaces that would support 8-9 businesses/tenants. The plans focused attention on activating Liberty Avenue with buildings, bringing the development to the sidewalk, while also providing a significant amount of off-street parking behind the building.

Residents raised concerns about potential spillover effects from the new development including lighting and noise, which the development team said would be addressed through their plans to create a buffer with landscaping and a wall, and said they would remain committed to mitigating concerns. Others expressed concern about making the site inviting and safe for people walking and biking along Liberty Avenue during construction. It was requested that all bike parking be moved to the front of the development, which the developer agreed to consider. Last, the majority of attendees expressed serious concern about the safety of the S. Pacific/Liberty Avenue intersection as it is currently and their fears that the safety would degrade with additional traffic caused by the development. The developer expressed willingness to work with BDC to advocate for safety improvements at that intersection.

The landscaping plan, of particular interest to the assembled group, was not complete at the time of the meeting. The developer expressed willingness to bring it before the community when it is fully conceptualized. This plan will outline storm water mitigation efforts, street trees, and residential buffering, among other items.

The Planning Commission hearing is set for December 13, 2pm at 200 Ross St. 1st floor, downtown. There will be an opportunity for public comment. If unable to attend, Bloomfield stakeholders may submit their letters in writing to BDC via email to christina@bloomfieldnow.org, and we will attach those letters to that of the organization.