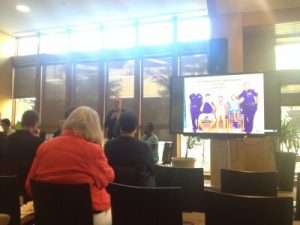 In late August, Zone 5 Commander Jason Lando released a crime alert to warn residents about an increase in robberies and aggravated assaults in Homewood, Highland Park and Friendship. The closest incidents to Bloomfield were on South Winebiddle Street where there were two cases of armed robbery. Commander Lando said that there would be an increase in uniformed and plain clothed police to address the crime.

Around the time of Commander Lando’s alert, Bloomfield saw two incidents that brought SWAT teams to to the neighborhood. Though Commander Lando has emphasized that these SWAT incidents were unrelated (incident 1, incident 2). Bloomfield Development Corporation has been following crime reports in Zone 5, and working closely with public safety personnel to ensure that crime stays at the low levels that are typical of Bloomfield.

Despite these recent incidents, it appears that crime is declining overall in Zone 5. At a recent Police Town Hall, Commander Lando joined Police Chief Cameron McLay to say that crime, including violent crime, is down in the zone from previous years. Commander Lando and Chief McLay also talked about police staffing levels, crime statistics, and police/community relations.

Pittsburgh Police presented crime statistics that showed a general decline in violent crime and burglaries in Zone 5 and only an increase in shootings, but not homicides. The Police attributed the increase in shootings to new technology that could identify shots fired and more community reporting than in the past. When asked about increasing police staffing, Commander Lando explained that the Zone 5 station is limited by the number of police officers available. Lando said that there are about 72 police officers that go on to the street, which is divided into three shifts per day. Chief McLay said that the Police Bureau is set to be at a little over 900 police officers and recruits and that this number will not significantly increase due to budget constraints.

If you are interested in receiving regular crime alert updates email: <jason.lando@pittsburghpa.gov>.