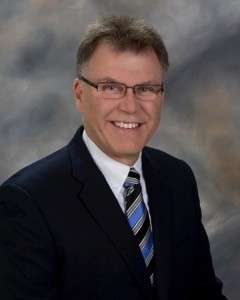 Allegheny Health Network has announced the appointment of Ronald Andro as the new President and CEO of West Penn Hospital. He will assume responsibilities on June 1st from Duke Rupert who has transitioned to the same role at Forbes Hospital in Monroeville.

Mr. Andro joined Allegheny Health Network (AHN) in 2013, serving as the Chief Operating Officer at Allegheny General Hospital (AGH). While under his guidance, AGH oversaw the operational income grow from $28M to $92M in two years and the emergency department metrics improve significantly. In addition, the HCAHPS scores, the national metrics where patients evaluate hospitals and the care they received, increased markedly as well.

“It is an honor to be asked to lead the already outstanding team at West Penn Hospital,” said Ron Andro. “The rich history of West Penn and the Bloomfield community is well known. Duke has done an amazing job these past two years re-opening the hospital and restoring it to its former glory. I look forward to continuing those efforts and serving the Bloomfield – and western Pennsylvania – communities.”

Previously, Mr. Andro served as Senior VP and COO at the University of Maryland Baltimore Washington Medical Center in Glen Burnie, MD as well as VP of Operations at UPMC Mercy and Shadyside Hospitals. Mr. Andro has a Bachelor of Science in Nursing from Winona State University in Winona, Minnesota and a Masters of Science in Health Systems Management from Rush University in Chicago.

Duke Rupert, the much loved and respected outgoing President and CEO of West Penn Hospital (WPH), said “It has been a true labor of love working with the talented and dedicated staff at West Penn. With the financial and moral support of Highmark executive leadership, we reopened the WPH Emergency Department in February of 2012 and never stopped growing and innovating from there. We are very proud to offer our patients outstanding care – from our PCPs to leading specialists in every area – and to support the local community in its own revitalization and growth.”

“I look forward to bringing that same spirit of innovation and community involvement to Forbes Hospital,” Mr. Rupert continued. “The Bloomfield community has been incredibly supportive of West Penn Hospital. I can’t thank them enough for their unwavering dedication over the past few years.”