Join the community for the Bloomfield Gateway Planning Process!

Saturday, January 19th and Saturday, February 23rd
choose from 1 of 2 identical sessions on each day
from 10am-12pm or 2pm-4pm

The February workshop will build on the January workshop. All are invited to participate but they should commit to attending 1 session on both dates.

Guided by Studio for Spatial Practice and sponsored by ACTION-Housing, the community will come together to consider the Shur Save site and create a community-led vision for that site and the surrounding intersection.

Both of the workshops are OPEN TO THE PUBLIC. Each workshop will feature breakout sessions with a maximum of 50 participants. RSVP NEEDED to participate in breakout sessions: sam@bloomfieldpgh.org or 412.681.8800.

For free childcare please indicate number of children you are bringing in your RSVP.  An accessible entrance is located in the rear of the building off of Mend Way. A light meal will be available during workshops. If any other accommodations are needed please indicate that in your RSVP.

The community had a great time during the first of our Bloomfield Gateway Community Process meetings! Neighbors came to together and discussed their favorite Bloomfield memories and the values of the community. For more info about the community process watch the video footage provided by Friendship Creative.

To take a follow up survey on the community values discussed in the first workshop click here. 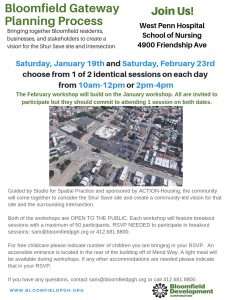 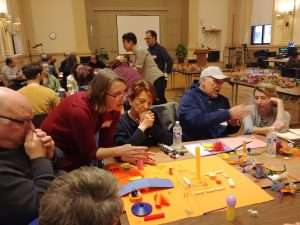 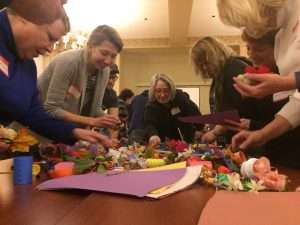 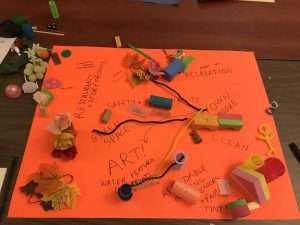 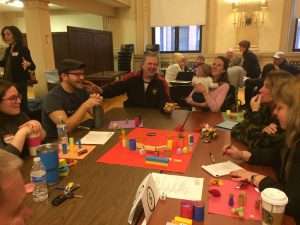 All are invited to attend the meeting on Wednesday, December 12th, 6:30PM at the Irma Freeman Center (5006 Penn Ave, Pittsburgh, PA 15224). The developer of 4433 Howley, Jason Lardo will present a proposal to renovate the current vacant commercial building to create office space as well as reactivate the attached parking lot on the site.

If you have any questions, contact Bloomfield Development Corp. at info@bloomfieldpgh.org or call 412.681.8800.

View the presentation for the proposed plans Here.

View the BDC’s letter to the zoning board here.

On January 29, 2018, more than 398 people attended a community meeting to learn more about proposed redevelopment at the ShurSave IGA site, mediated by Bloomfield Development Corporation as part of our Community Process for New Development. The numbers make it clear that this site is central to the identity of Bloomfield; attending the meeting were 286 Bloomfield residents, 13 business owners, 33 residents of other neighborhoods, 50 people from unknown neighborhoods, and 6 elected officials or representatives. In the days after the meeting, more than 60 Bloomfield residents reached out to Bloomfield Development’s office through calls and emails, and the Facebook Live video of the meeting reached 3,000 views.

Bloomfield Development heard a consensus opinion from this public process that the following components are a requirement of any redevelopment of the Shur Save IGA site:

Additionally, community members made clear that a design more sensitive to the context of Bloomfield generally and the Liberty Avenue business district specifically, is needed. This site is one of the most visible in the neighborhood and as such, must reflect the historical design context in which it is situated, taking design cues from the Liberty Avenue and Main Street business districts that it is part of.

Our staff and board of directors commit to advocating for the inclusion of the above-outlined components identified as critical through a public, transparent, and accessible community process. We pledge to support the property owner in meeting his goals while working towards a resolution at this significant community site that reflects the character and needs of the community.

Bloomfield Development Corporation is a 501(c)3 nonprofit that works to support, promote, and enhance Bloomfield. The organization focuses on housing support, business support and promotion, and consensus building, and is committed to elevating the voices of residents and business in new development processes, acting as a mediator between the community and developers, and advocating for community-benefitting solutions. The ShurSave IGA public process involved physically flyering approximately 2,500 residences and businesses, receiving and responding to over 60 phone calls and emails, and creating numerous social media posts.